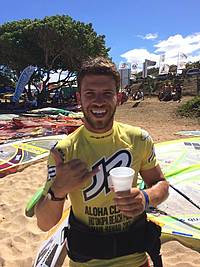 Competing in slalom US Nationals since 2007,
Gorge Cup Slalom Race series since 2008.
Results have been 1&2 in Men's, top 3 in Overall in both Nationals and Gorge Cup events. Because of scheduling and other conflicts I haven't been able to make every event in series, but still in 2012 was Gorge Cup Men's Champion. Have competed in AWT wavesailing tour stops since 2010. Also every US Freestyle event. In 2014 I qualified for PWA Aloha Classic and finished 17th place as well.