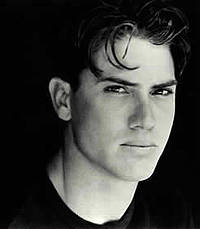 or Rush Randle water sports have always been the main focus of his life. This 32-year-old water sports athlete began his career early as a professional windsurfer at age 14. As he traveled the globe competing he was exposed to ever-evolving surf technology. Back at home between seasons, he experimented with new technology in his workshop and tested it on the waters off the north shore of Maui. Rush worked continually to modify conventional surfing techniques for use in extreme water sports. This imagination and his radical athletic ability resulted in Rush becoming one of the world’s most innovative big wave and aerial surfers/Windsurfers/Kite surfers and Hydrofoil pioneers.

Raised on the famous North Shore of Oahu, Hawaii, Rush began surfing at the age of 5. When he was 8, Rush won the first amateur surf contest he entered, the Menehune Junior Worlds. After several successes in the surfing arena, he gave windsurfing a try in 1982. The change was a natural for Rush who felt immediately at home on the windsurfing board and knew that for him windsurfing would become more than a recreational sport.

After intense practice in the demanding surf off the coast of Oahu and Maui, Rush realized that, although he enjoyed all aspects of the sport, he was most drawn to the athleticism and style of the waves division. In 1986, he captured his first amateur windsurfing contest, the Xcell Windsurf-Off, winning the waves category. With this victory, Rush was hooked.

Several Junior World titles followed and in 1986 Rush turned professional, grabbing a fourth at the Maui Grand Prix in the wave’s competition in ‘87. With a first-place title at the 1988 Aloha Classic Super Session, he began his steady climb in the rankings until recognized as one of the sport’s top competitors.
Rush sealed his standing as one of windsurfing’s best with victories at numerous events around the world, including the 1989 Gunston World Cup in the slalom and the 1989 Golf GTI World Cup in waves, both held in South Africa; the 1990 Aloha Classic of Hawaii in waves; the Japan-based 1990 Amamioshima World Cup in waves and the 1993 Pricia World Cup in slalom; and the 1993, 1994 and 1995 Hawaii Coke Classic World Cup in the waves division.

Looking for new ways to push athletic boundaries, Rush began focusing his attention on strapped surfing, made possible by the attachment of foot straps to a surfboard. In addition to providing improved acrobatic ability, the straps were used in both tow-in and paddle surfing. With tow-in surfing, athletes are pulled by a jet ski into the giant waves and are released to surf these huge waves (with paddle surfing, athletes use normal surf boards with straps and ride the waves like conventional surfers). Numerous photos of Rush using straps have been published worldwide and he continues to be acknowledged by the surfing community as one of the world’s most innovative and radical aerialists. Rush is one of the most extreme surfers in the world with maneuvers such as 360s, 540s and 720s completed consistently.
Professionally, Rush’s overall versatility was again evident in 1998 when his abilities were highlighted during an event televised on the ABC network called “King of the Surf.” The world’s best in long boarding; windsurfing and strapped surfing/tow-in surfing competed to claim the title. With first-place finishes in both windsurfing and strapped surfing, and a second in long boarding, Rush captured the overall championship for 1998.

In 1999, Rush began competing on the Swatch International Flow Wave Tour. This series of six flow wave events, in which participation is by invitation only, bring the best athletes from different sports to compete on this innovative tour. The events are held in locations all over the world.

The skills necessary to excel on the flow wave are exactly those possessed by Rush. In 1999 he grabbed a fourth-place finish at the flow wave event held in scenic Florence, Italy, even though he had sustained a serious shoulder at the previous competition in Germany. After shoulder surgery Rush recovered quickly, claiming a fifth-place finish at a competition in San Diego, California, and a fourth in Dubai, UAE in 2000. In the midst of his busy competition schedule, Rush also found time to complete on the professional windsurfing circuit as he went head-to-head with the best in the world at the 2000 Hawaii Aloha Classic World Cup—grabbing a second place Waves Overall.

During 2001 Siemens took over sponsorship of the International Flow Wave Tour. Interest in the series grew as events were broadcast worldwide and the sport garnered more media attention. Rush’s aerial maneuvers grabbed attention as well and he earned a third-place finish in the season opener in Australia and a third in Germany. That same year Rush won the best trick event in Durban South Africa with a rodeo 720 to 900 and third overall in the competition.

Rush has become known as one of the sport’s true daredevils, a reputation he downplays. “Some see me as a competitor who takes unnecessary chances,” he says, “but actually, I work hard and practice intensely to make it look easy, fluid and spontaneous. When I first began windsurfing I was young and a bit crazy, but I think that I’ve been in the water sports long enough now to prove that I take what I do very seriously. I hope that I’ve developed a reputation as a competitor who’s established and in it for the long haul. I’m not going to stop going for the hard-hitting moves. In any type of water sport, I’m out there to win.”& Invent! “Free Your Mind & The Rest Will Follow”!

Rush has also gained an excellent reputation in the entertainment industry. In 1998 Rush portrayed himself in the Sony motion picture “In God’s Hands” and was used for extensive stunt work on the movie—pulling off difficult maneuvers, including sky fling flips and tow-in surfing on waves with 60-foot faces. That same year, following the film’s completion, his stunt work continued on the NBC series “Wind on Water.” During 2000 and 2001 Rush handled stunt work on five episodes of the syndicated series Baywatch Hawaii and he continues to be in demand for his extreme water sports experience. During 2002 and 2003 Rush also did stunt work in the "Big Bounce" and Chevrolet 2004 add campaign for the Blazer. During the last few month’s of 2004 Rush has been doing Stunt work on FOX’S North Shore series.

His love of water sports and innate athletic ability to handle numerous activities creates endless challenges and opportunities for Rush. With a busy sports season under way and an ever-expanding record of professional successes, Rush feels his true potential is still yet to be achieved.